DIFFERENT STAGES OF FUNDING FOR A NEW BUSINESS : PAYDAY LV

If you have been planning to finally start that business idea of yours it is perfectly normal to be confused in the beginning. There are a lot of factors to take into account and the whole process can be pretty daunting especially if you don’t have any prior experience in the topic.

As you might already know, raising capital is one of the most important steps in any business. As they say, you need money to make money. Well, this is also where most entrepreneurs struggle the most. Everyone can have the idea, and some might have the skills to back the idea but raising capital can get out of your hands.

DIFFERENT STAGES OF FUNDING FOR A NEW BUSINESS PAYDAY LV

A lot of people won’t even address this point as it is not strictly considered to be ‘official’. But this is the part which can give you that initial boost to start working on that idea.

Usually, you don’t have to go to angel investors or venture capitalists for this part. This is where your own savings, friends and family come into play. Remember that at this stage your company probably doesn’t even exist. This amount will help you getting the operations of the company off the ground.

Also keep in mind that at this stage you probably won’t have to give away any equity unless someone is investing a lot of capital from the beginning. Pre-seed step might not be an option for you if the initial set-up cost of the business is too high.

This is what most people would think of as the first step towards starting your Las Vegas company. The reason why this stage is called as ‘seed’ is because this round of raising the capital will act as the root on which the company will grow. This is where you can develop the product you want to sell and figure out the business plan properly.

Most investors during the seed round will be looking for an equity stake in the company. In layman terms, you most probably will have to give a part of the company in exchange for the capital.

During the seed round, your startup or company won’t have a track record on which investors can rely upon. They will be giving you money based on the potential they see. But this also means that investors are dealing with bigger risks. They will be looking for a bigger piece of the pie and you have to make sure that you negotiate the terms properly.

You want to entice the investors but not give away too much of the company at the same time. The range of capital that companies can raise here varies a lot. It depends on the overall scale of the business itself and the value investors see in it. It can range anywhere from $10,000 to Millions of dollars.

It is at this stage that your company will have to start maturing. Raising capital at this stage means that the business is ready to expand and has already created some kind of a track record.

You will have to start thinking about long term business strategies here. It is not just about making a good product; you have to make sure that the product will start generating some kind of revenue. After all this is why people will be interested to invest in you.

You will also come across more traditional investors and large venture capital firms. And with this involvement comes a bit of politics. You might have to convince one person in the beginning to invest some amount, because of this the bigger firms will be interested in your company.

The usual valuation of amount at the end of Series A at least is about $15.6 Million, as of 2020. After this if you move to Series B,C and so on, the valuation will highly vary according to the type of business you are in. Although in the past decade, the valuation of technology firms have skyrocketed. 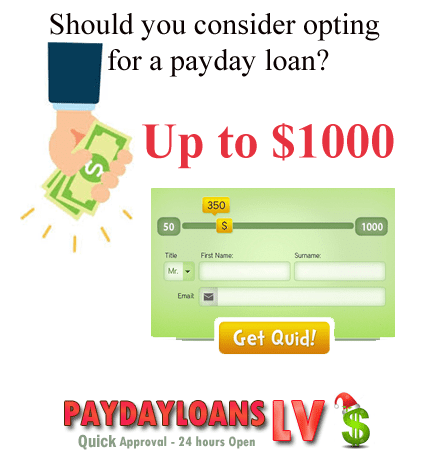 SHOULD YOU CONSIDER OPTING FOR A PAYDAY LOAN :PAYDAYLV