How long ago payday loan services were made available : Payday LV

The History Of Payday Loans

If you were to hazard a guess as to how long ago payday loan services were made available, what would your answer be? Maybe, in the early 2000s? Or maybe the 80s? Some of us might go as far back as the 1920s when modern banking systems were first introduced. But guess what? All of the answers are wrong!

Payday loan services date back to the 5th century with records indicating the existence of an intricate banking system that was referred to as ‘Hawala’. More on this below! This form of short-term lending was widely popular in North Africa and the Middle East between 400 and 500 AD and can be considered the earliest form of payday loans. 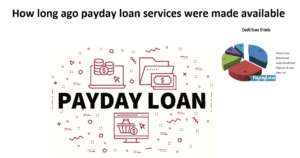 The Earliest Forms Of Payday Loans

The ‘Hawala System’, was a method of getting quick short-term loans all the way back in the 5th century. The system was based on trust and was governed in a manner where four individuals were responsible to make the system work efficiently. The word ‘Hawala’ means ‘trust’ and as such for this system to work all four parties must have trust in each other.

The system was managed quite efficiently for a considerable period of time and is still used today in some parts of the world. Although, it has evolved with time.

Even though the Hawala System is quite different from how modern payday loans work they were formed to serve the same primary purpose; to offer quick short-term loans (often of small amounts) with short payback periods to individuals who need them for a fee.

A similar formula was used by Temples and Churches dating as far back as the 10th century. Temples were often used by wealthy citizens as a place for storing valuables. Records indicate that priests would lend money to citizens in exchange for valuables (collateral). This can be considered the earliest form of modern banking.

The Evolution Of Payday Loans

Over the course of humanity’s history banking has evolved considerably since its humble beginnings. Today, modern banking governs the world with money being made available almost instantly no matter where you may be. However, it wasn’t always like this.

We just need to go back to a century ago when banking wasn’t such a prevalent part of a country’s economy. It was more of a service that was used by the most wealthy and privileged individuals. Borrowing money was also not a thing back in the 1920s. Getting credit or applying for a loan was unheard of as only the richest and most powerful people would ever be able to consider such an undertaking.

However, short-term loan giving started catching traction in the late 30s. At the end of World War I, you could find plenty of pawn-brokers that would offer short-term loans in exchange for depositing something of equal or greater value. Just like the priest did in the 10th century.

Pawnbrokers would also offer these loans on short payback terms and would only consider lending money for small amounts. The money borrowed would have to be paid back with interest and fees before the appointed deadline.

If the person was unable to make the payment the pawnbroker could sell their valuables to get back their money. This form of lending is still available today but is considered an absolute last resort as the deal you are likely to get will be extremely surly.

This form of short-term lending is essentially what we call payday loans today. However, with modern payday loans, you don’t have to put up any collateral. All you need is proof of steady income, an active bank account, and a valid ID to be granted a loan.

It wasn’t until the 1970s that payday loans really started to take off. In most cities and towns stores started opening up offering “Cheque Cashing” services. Essentially, you could walk into the store and sign a post-dated cheque in exchange for upfront cash.

These stores would charge fees and interest on the amount borrowed and the money would automatically be withdrawn once the cheque cleared on the due date. The customer didn’t need to come back to pay for anything making it an extremely convenient service.

These check-cashing storefronts were the original payday loan service providers and their popularity began to grow as they were far better than the pawnbroker alternative. In the 70s, they became the main source of fast cash loans.

The Future Of Payday Loans

At the turn of the century, payday loans really came into their own thanks largely due to automated banking system changes and more relaxed regulations governing banking and credit restrictions.

Borrowing became easier and more accessible than ever before giving rise to the existence and popularity of payday loans. While only a century ago one thought it impossible to take out a loan or have a bank account, today the internet and modern banking solutions have made access to both short-term and long-term loans a lot more accessible, safer, discreet, and convenient.

With ever-changing regulations governing short-term lending, no one can be exactly sure as to what lies for the future of payday loans. One thing is clear, millions of Americans are still dependent on these loans to meet unforeseen financial emergencies. There is also no doubt that the service has merit.

For the future of payday loans to continue to thrive, regulations governing interest rates, fees, lending amounts, and lending terms all have to be carefully analyzed to determine a solution that is feasible for both lender and borrower.

The banking industry is constantly evolving and so are the ways in which people are able to obtain credit. Payday loan services at Payday LV will have to adapt and evolve in a similar manner to stay relevant just as it has done so for many a century! 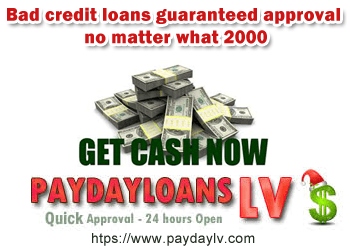 7 Reasons As To Why Payday Loans Can Be Beneficial :Payday LV