WHAT EXACTLY AN NFT IS, WHAT ITS PURPOSE IS, OR HOW TO INVEST.

HomePayday LoansWHAT EXACTLY AN NFT IS, WHAT ITS PURPOSE IS, OR HOW TO INVEST.

WHAT ARE NFTS AND HOW TO INVEST

Everyone has been talking non-stop about Non-Fungible Tokens (NFTs) these days.  If you haven’t heard of them then you don’t really have an excuse because everyone else has also been living under a rock for the last year.

So, if you’re wondering what exactly an NFT is, what its purpose is, or how to invest, we’ll help guide you through it.

WHAT IS AN NFT?

As we mentioned at the top, NFT stands for “non-fungible token.”  “Non” is pretty self-explanatory, but there are two words that might require some assistance.  Let’s start with the definition of “fungible” because that’s an SAT word and most of us had to look it up, too.

Something is described as “fungible” if it can be replaced with another item that is exactly the same.  It is generally applied in economics to things like gold, currencies, or other commodities like oil.  Gold is fungible because if you trade a standard bar of gold for another bar of gold, you’ve got exactly the same thing you had before.  It’s the same story if you exchange a $1 bill for another $1 bill.

Moving on to tokens.  A “token” is a more recent concept referring to a denomination of a digital currency or cryptocurrency.  The token itself would be the entire code of, say, a Bitcoin that you store in your digital wallet.  Most cryptocurrencies are fungible tokens.  If you trade exactly one Bitcoin token for another Bitcoin token, you still have exactly the same thing.

So, putting them all together, a “non-fungible token” is the digital code that can verify ownership of an item that is one of a kind.

You may be asking what all the fuss is about.  Let’s get into that next.

HOW DO NFTS WORK?

Most NFTs are built around the same blockchain technology as Ethereum, and this help protect the security of the asset.  For cryptocurrencies, this helps track every single Ethereum in existence, who has owned it, and how many times it has been exchanged.  This ensures a ledger system verifying that the cryptocurrency you own is not a fake.

When you are given your NFT, you have the option of making as many copies of it as you like.  The famous case for this was cryptokitties in 2017, which gathered huge support.  It was based on a sort of game involving buying a cryptokitty and caring for it like a regular pet, but the owners of the original NFT managed the supply and demand to ensure the values didn’t plummet.

Other more recent announcements were the purchase of the Nyan Cat GIF, which sold at auction for $580,000, and Beeple, a now-digital artist, sold an NFT at Christie’s for $69 million!

There is always demand for trivial things that no one else can have, but there are other things that could potentially benefits from NFT technology including private equity deals and real estate.

HOW DO YOU BUY OR SELL AND NFT?

You can always check your fancy auction houses now that precedent has been set at Christie’s.

Most people, however, would be better suited for any of the several NFT marketplaces that have sprouted up in the last year.  Opensea is one such market, and they specialize in digital collectibles and video game artwork.  Another market is SueperRare, which is more of a social network for NFTs where users can purchase digital art.

These websites work like investment accounts.  You simply create an account, fund it, and then go buy your NFT.  The process I fairly simple, but make sure you have the digital infrastructure set up beforehand to store your shiny new NFT.

NFTs are a new twist on the blockchain technology that powers cryptocurrencies like Bitcoin and Ethereum.  Most people were just getting caught up with blockchain.  Now that NFTs have entered the fray, it’s clear that that they will pave the way for new and fascinating finance practices. 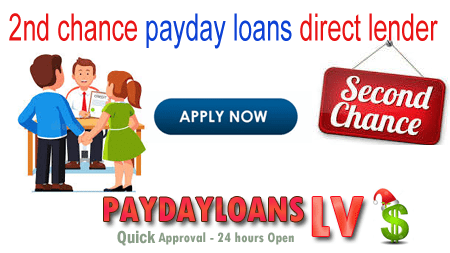