WHY NEW YORK HAS BANNED THE USAGE OF PAYDAY LOANS

Payday loans are not legal everywhere in the US, there are various states where it states as the violation of laws. There are many reasons behind it that you’ll come to know in this article. New York, which grabs most of the attention of tourists due to the statue of liberty in the city also known as NYC, has also banned the lending and borrowing of small-dollar loans. To know more about this in detail, let’s know about payday loans first

Actually, payday loans are specifically designed for those who don’t earn much and in some emergencies, they can borrow some amount to handle the situation when they left out of money. Though these loans are meant for them, so there is no credit check occurs, and too without any collateral, one can get approval for the loan. While providing these many facilities, lenders come on high risk and that’s the reason it’s APR lies between 300% to 500% or more as per the state laws. The cost is high and the term is usually 14 to 30 days that is also very low, most of the time it happens that people get failed to repay on time, in results, have to charge extra money as a fine which just surges the debt amount and puts a person in a cycle of debt.

That’s why New York authorities had taken a decision to ban this loan, a few years ago, just to prevent the citizens from getting trapped into the debt cycle. No one can lend money over the call, online, or via storefronts in NY, otherwise it would be the violation of state laws. Actually, various laws related to payday loans have been ratified in the last decade and it’s because according to the survey of the government, most people with low salaries borrow the payday loans and later get failed to make a repayment on time.

HERE ARE A FEW POINTS, THAT WILL MAKE YOU CLEAR THAT WHY NEW YORK HAS BANNED THE USAGE OF PAYDAY LOANS:

But you can find something to get help, in New York, as lenders are introducing some alternative plans for the borrowers because payday loans are prohibited. Such as; pay advance apps through which you can get some cash based on the working hours. One thing you must have in your mind, the lenders who’ll provide you small loans, will have to charge as per the laws of New York.

NOW THE QUESTION ARISES, WHAT’S THE LIMIT OF LENDERS TO CHARGE IN NEW YORK?

Every state has its own rules regarding cost and term and in New York, it is set to 25% but if you get default payment then you’ll have to pay extra charges for NSF (non-sufficient funds) in case there is not enough money in your account at the time of repayment. All the details related to cost, extra charges, and anything related to payment totally rely on your lender and the type of loan.

It’s true that payday loans are banned in New York, but still, you may have several options at the time of urgency. Moreover, for better decisions, you may talk to your credit counselor too but always think smartly. 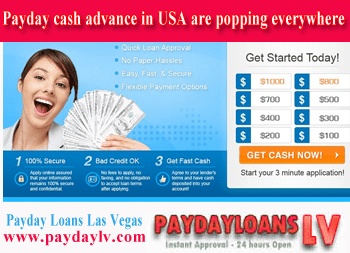