Hard money mortgage is a type of loan which is secured by real property. Therefore it falls in the category of secured loans. Most often than not, the borrowers, who can be an investor, might not have a good credit or the mandatory documentation for pre approval by a retail bank, in order to rehab or flip a property, can look forward towards hard money loans. A hard money loan can be way to raise the money quickly but at a higher cost and a lower LTV ratio.

A hard money loan is a mortgage having higher than market interest rate and is mostly utilised for short term financing for borrowers who fail to fulfil the pre qualifications. Primary use of hard money loan is in real estate transactions. The lenders are generally being individuals or companies but not the banks.  These lenders are able to provide the needy borrowers with hard to find solutions when the borrower has fallen on hard times. These are also referred to as bridge loans as they fill the gap in financing.

Typically these loans are used as loans for real estate transactions and the property is held as collateral. The terms of such loans are negotiated between the lender and borrower. The risk of the lender in providing these loans is covered up and the transaction is always profitable even in case of default because the lender can then collect the collateral.

As the time duration to approach such kind of loans is less for the investor, like he may not have even 30 days at his disposal, so these type of loans come in handy as they can be closed both quickly say in seven to 10 days and more easily without any critical filing of the terms.

PROCESS OF GETTING A HARD MONEY LOAN:

Understandably as such loans are not dependent on the creditworthiness of the borrower, their terms are based mainly on the value of the property being used as collateral. So the lenders have keen eye to find a value even in this type of potentially risky venture. These loans are most sought by property flippers, who are the investors who resell the real estate that is used as collateral for financing often within one year. As the borrower intends to pay off the loan relatively quickly like within 1 to three years most commonly the higher cost of the hard money loan seemingly becomes less obvious. Hard money lending is also being viewed as an investment.

The cost of a hard money loan to the borrower is typically higher than other financing programs offered by the banks or the government lending agencies, which generally poses a higher risk for the lender while offering such a loan. However the less regulated and limited approval process, flexibility in the repayment schedule as well as a faster access to capital are the star features.

Hard money loans are also looked upon as a way to stave off foreclosure because it is issued in no span of time. Thus they form the one and only solution to avoid complete loss. Hence it can be regarded as the last resort for borrowers having unworthy credit profiles assets or income which cannot be verified but a substantial equity in their property. For lenders of such kind of loans the liquidity of the property is a striking feature which covers their risk of the default. The loan to values [LTV] ratio offered by the lenders is higher, range in between 60 to 80%. As they are authorised to use the value of the home, if sold today, as collateral for the loan they often stand at the first lien position where they are totally entitled to be paid first in case of a default.

The hard money interest rates vary just like the standard mortgage interest rates. But are relatively high to what can be observed in a traditional mortgage market. These interest rates are also dependable upon the risk expected by the lender. Therefore it is advisable that the loan must not be kept for too long.

Although it seems to be fast money but the higher rates of interest are what you are paying for that convenience. So it is a level of risk based pricing which is associated with hard money loans. The rates vary between 7 to 20% and even higher in case of defaults. The charges can also vary according to the state norms and the laws. But a number of origination points on the loan are charged .

Undoubtedly it can be referred to as predatory lending but it is a solution for a homeowner in an unfavourable scenario of losing equity. Since they are referred to as bridge loans, they are short term financing likewise to a balloon payment to be repaid mostly one to two years after the loan is issued. Flexible payments like interest only options are also available, without any income, asset or employment verification. The best resort, in case you are unable to make payments for this hard money loan , to get rid of the financial woes you must sell the property before putting yourself into a huge dilemma of debt.

Both local and national lender parties are available for hard money loans depending upon the conservative terms. It can be recommended to be cautious and thoughtful while searching appropriate lender for yourself without losing your wisdom in emotional distressing situations as such transactions can be fraud and predatory as they do not abide by any authorised verifications.

A big plus for hard money loan is the approval process as it is quick and does not require financial planning by the borrower as collateral is the target for the lender in case of failure on the part of the borrower to repay the loan. The process is overall a smoother one as the investors are not focused on receiving the repayments because of a bigger opportunity for them to claim a higher value one reselling the collateral.

Paradoxically as it is the property only which is a protection against default, hard money loans have lower LTV values and higher interest rates, even more than those of subprime loans. An unanticipated loose end can be the refusal by the hard loan lenders to finance owner occupied residence due to regulatory oversight and compliance rules. 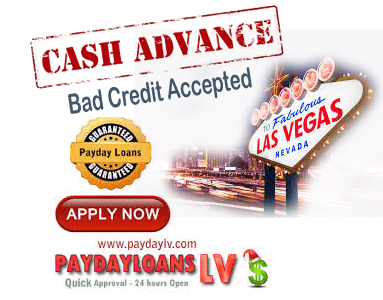 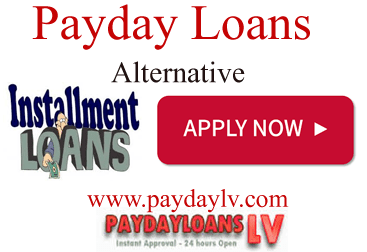